Want to help grow the GY music scene and aged 14 - 18? Interested in being a musician, producer or promoter? Join us on Saturday 18th December at 11am for a FREE workshop followed by an open mic gig at The Empire, Great Yarmouth.

Yes – the workshops are 11am to 12 midday and the Open Mic between 1pm and 2pm. There will be time between 12 and 1 for you to soundcheck ahead of your set 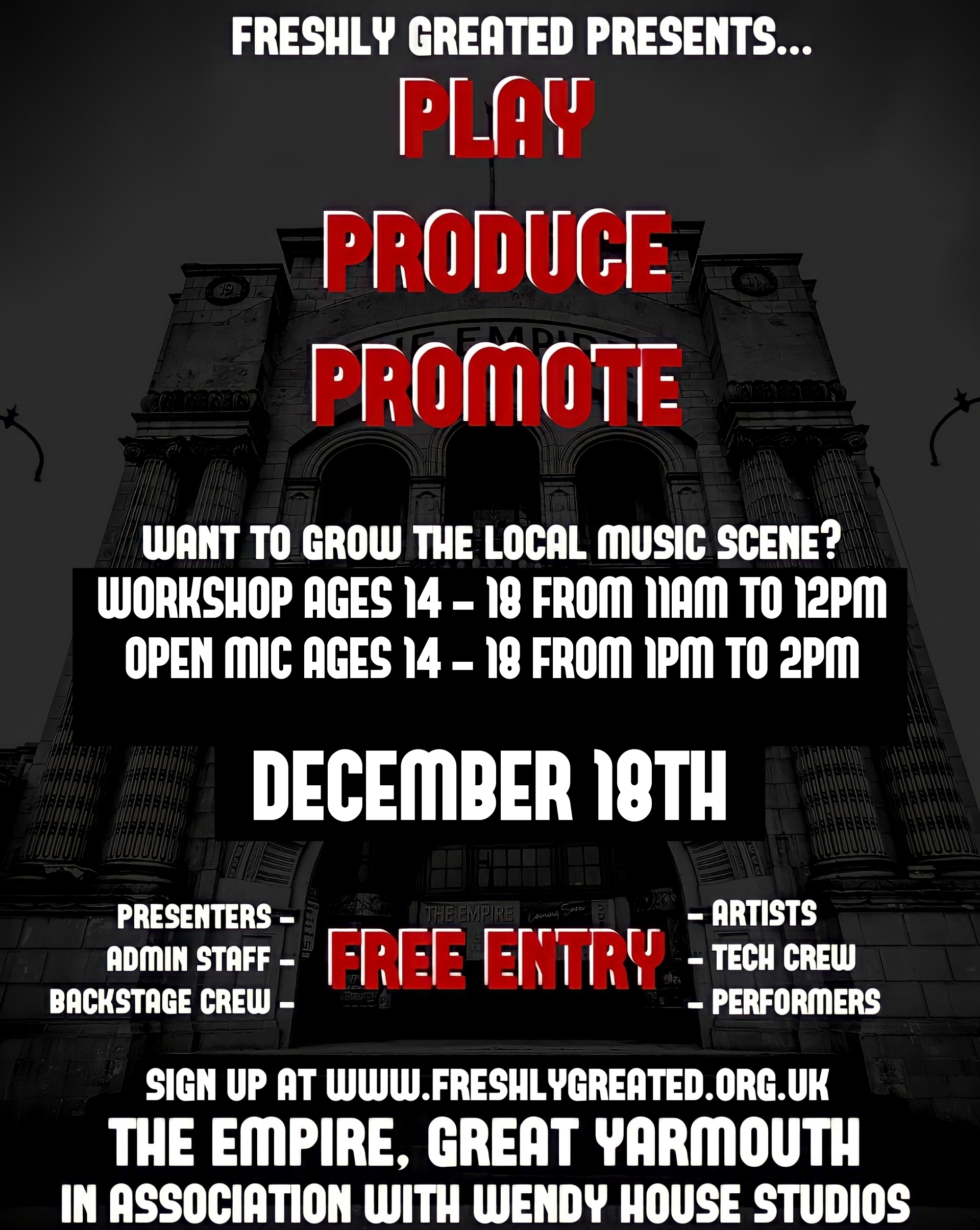