Want to help grow the GY music scene and aged 14 - 18? Interested in being a musician, producer or promoter? Join us on Saturday 16th October at 11am for a FREE workshop followed by an open mic gig at The Empire, Great Yarmouth.

Yes – the workshops are 11am to 12 midday and the Open Mic between midday and 1pm. There will be time between 11 and 12 for you to soundcheck ahead of your set

Promotion – branding for musicians and for events / gigs, working with local press, social media. What can the music team do in the future to help build the local scene? 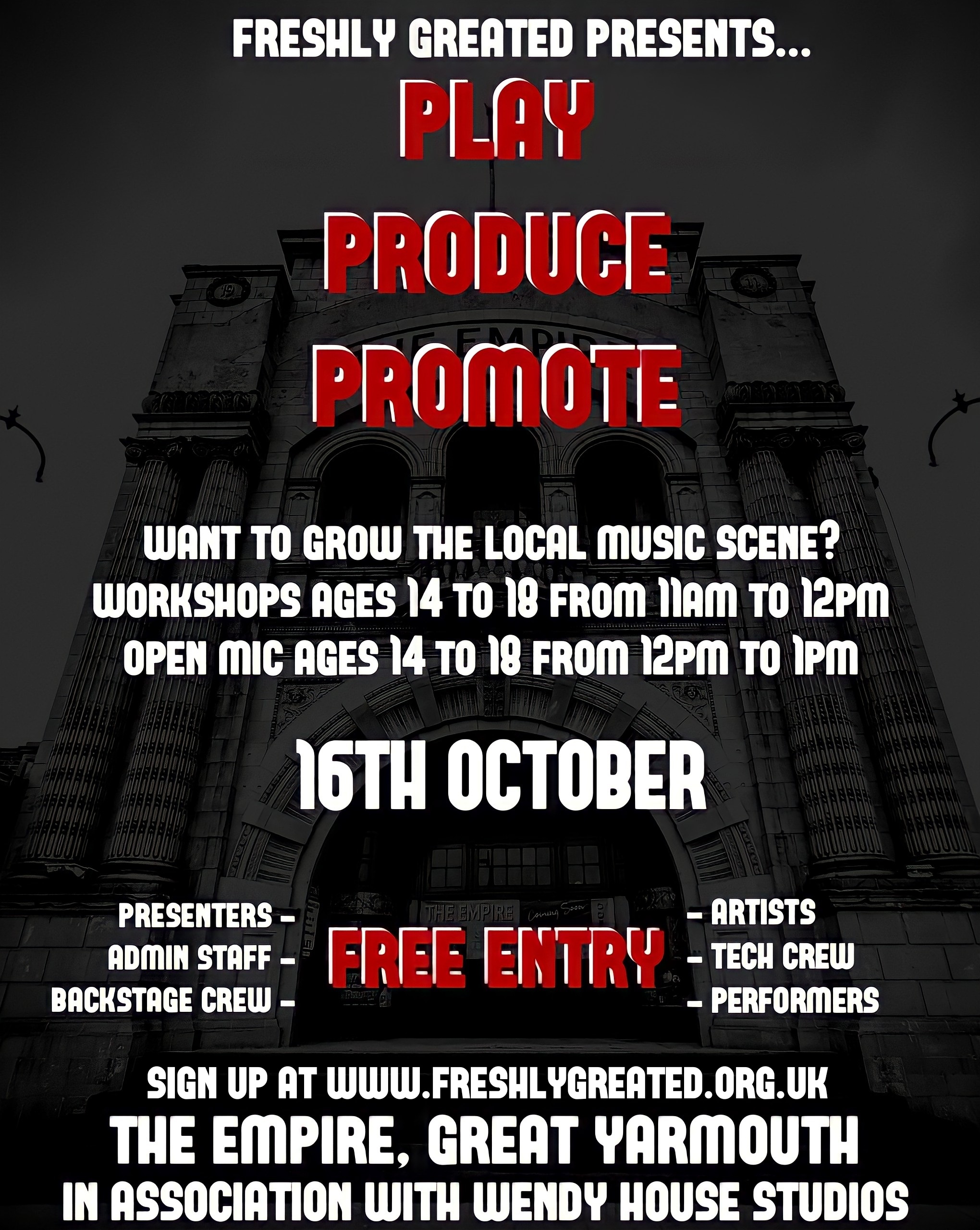